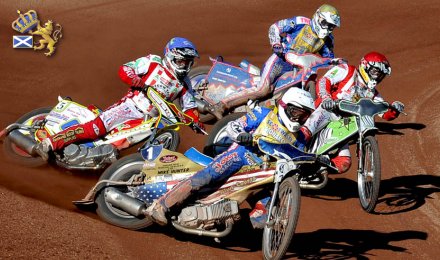 All we really wanted from what was perhaps the most meaningless match we have ever raced in was to emerge from Ashfield with all riders fit - but we didn't, because Kalle Katajisto was the innocent victim of heat 8 carnage and has a foot / ankle injury which could be serious.

That would be a terrible blow to the rider who has been so brilliant this season. He is certain to miss his World Cup appearance at King's Lynn tomorrow, and it seems unlikely he will be in action for a while.

This week is his last in the reserve berth and we will be entitled to a guest replacement; once we get into August it would be a rider replacement facility. But we hope it might not come to that.

Kalle was using the engine he had planned to take to King's Lynn in the Premier Trophy match, and only managed three points from four rides. He was at the back in heat 8 when Tobias Busch and Lee Dicken collided, leaving Kalle with nowhere to go as he hit the machinery.

He has headed to hospital in Edinburgh to have his foot examined.

The weather was good but from our point of view the match was a bad one. Ryan Fisher had two excellent wins, and we picked up two 7-2 advantages to put a slightly better gloss on the score, which finished 58-37.

Our only other race winner was Matthew Wethers in heat 14, the second of our TR races.

The reason Ryan Fisher didn't ride in heat 15 was that he felt his motor was on the verge of blowing.

KALLE'S FOOT IS NOT BROKEN

Good news from the Royal Infirmary in Edinburgh tonight is that there is no break in Kalle's foot, in spite of earlier fears to the contrary.