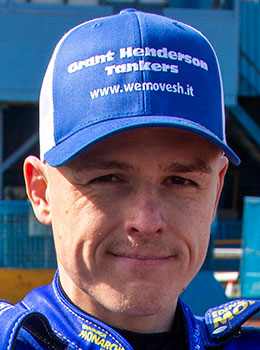 James spent the second half of the 2019 season with us and proved very popular. It’s well known that he likes to make a fast start but never suffered a tapes exclusion while with us – Sam told him not to! He has actually appeared for us more often as a guest than as a signed rider.

He should have been in the team for 2021 but he rather unluckily lost his place as we sorted out the Rising Star requirements. Redcar signed him and he did well for them, but his season ended dramatically when he crashed at Armadale in the Playoff quarter-final, a crash which caused the meeting to be abandoned.

He is well on the way to recovery now and is happy to be returning.

James finished last season on an average of 4.18 and he will ride at reserve at the start of the season.