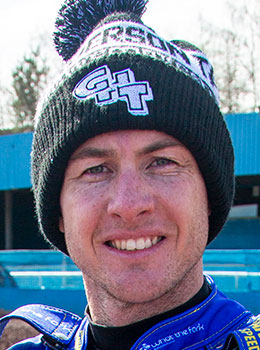 Race Winning Song: This Girl by Kungs vs Cookin' on 3 Burners

The man we call Mr Entertainer just had to be back for his fifth full season with us. Plenty other teams would like to have him but he returns as a Monarch.

He has raised his average every year with us and last season added not far short of 1.5 points in spite of still leaving room for improvement in his gating.

He is a regular winner of our Race of the Season vote and will be in contention again as the 2021 heats are voted on shortly.

He will also be competing in Poland in the coming season, and for King’s Lynn in the Premiership where the grippy track might just suit him.

Josh’s starting average will be 8.34. His record so far in his time with us is: