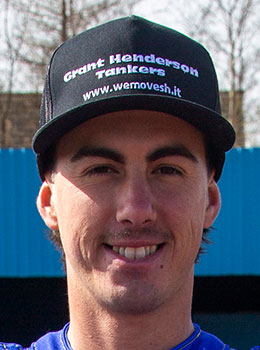 Aussie Kye returns for his second season with Monarchs, having won both the MSSC Rider of the Year award and the George Wells Memorial Trophy for the most improved young rider.

He was certainly one of the best newcomers to British Speedway last season and proved his worth early on by winning his second race at Armadale with former British Champion Charles Wright behind him!

He has had a relatively quiet winter back home, and of course there is no Australian Championship this season for them, but he will be well fired up to build on his successes of last season.

In all matches last season his record was: 33 matches 148 rides, 209 points plus a whopping 38 bonus points.