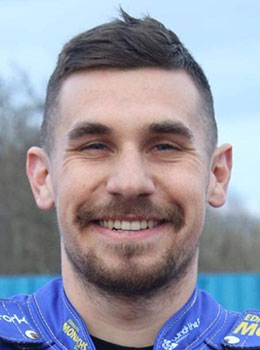 For the third time in our history we will be tracking an Italian rider this season as we have signed the ex-Birmingham rider Paco Castagna, a double Italian Champion who has made great improvements in recent years.

He has twice scored double figures against us for the Brummies at Perry Barr, and in his last Armadale appearances he totalled 8 paid 12 against us. Birmingham fans will be disappointed that he is leaving them but we are delighted to have him.

His dad is World Finalist Armando who has ridden at Powderhall and Armadale, and is currently one of the top officials at the FIM.

Paco will start the season with an average of 5.52.