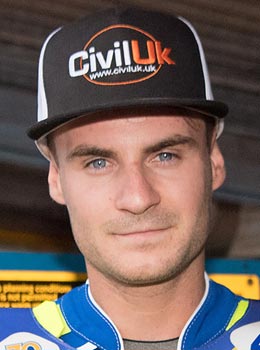 After a year away, Scottish Open Champion Richie Worrall returns to Armadale where he had such an exemplary record in our colours in the second half of the 2018 season.

Of course last season he was part of the Championship-winning Leicester team, though he broke an ankle in late June which ended his personal season.

Just as a reminder, he was unbeaten for his first 19 races at Armadale after joining us in 2018, and only lost 5 heats out of 42 that season.

With Sam and Josh he should form a heat leader trio that has few equals at our level.