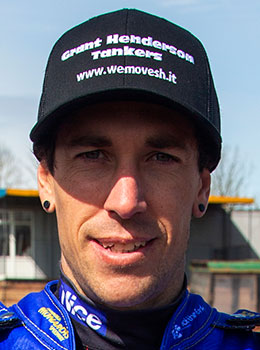 Our number one for the start of the season will once again be our Australian legend, Smiling Sam. He returns for his seventh season as a Monarch, one of our greatest ever riders.

Amongst his many achievements he is a former Australian Champion, Grand Prix rider, he was winner of all the major team and individual competitions during the Premier League era and of course he is a double league champion with Monarchs, having recorded 5-1 heat victories in 2014 and 2015 to clinch these titles alongside Craig Cook.

So Sam gets what he says every year he wants, and that is to ride for Monarchs in the Championship and Wolverhampton in the Premiership. He will also be riding in Poland.

His finishing average last year was 9.41, the highest in the Championship. Sam is now 30 from Newcastle NSW, and his full record for us is amazing, namely: