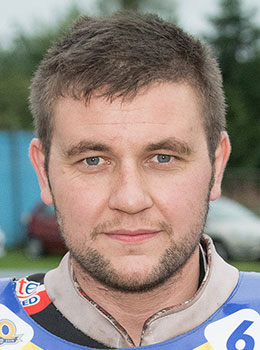 Race Winning Song: I Fought The Law by The Clash

We’ve been trying since 2011 to persuade William Lawson to return to action, and he has now agreed.

William (from Perth) is now 31 and last rode in 2010 with both Belle Vue and Edinburgh. He was such a promising rider in his younger days that many clubs have tried to get him to return but he has resisted until now. He has recently been practising fairly regularly, and rode in the recent Caledonian Riders’ Championship, and rather to Monarchs’ surprise he has now agreed to come back into the team.

Monarchs’ promoter John Campbell said “We’ve tried several times to get William back on a bike and now it is happening. He was practising at Berwick on Saturday and told me that his arms were feeling sore, but I assured him that he won’t be riding two successive races in 5 minutes on a 400 metre track while he’s with us.

“We have been aware in the short time he has been back with us that Max Clegg is very low on confidence”.

Lawson said "I was keen to get back on the bike, I've done a couple of meetings, the Caledonian Riders and the Jubilee Fours. Didn't do too well but I'm keen to give it another go.

"I've got one very good engine which will go everywhere, it should suit Armadale. The riders in the team might not remember me but I've spoken to most of them and I'm sure we will get on well. I'm looking forward to it.

"I felt a bit tired practising at Berwick on Saturday, but I think that was because I hadn't done any riding for a couple of weeks. I feel fine now and ready for Friday."

William previously rode 5 seasons with the Monarchs, his best year being 2008 in which he averaged 8.5, helping the team to their second league title. He was Under-18 Champion of the UK in 2005 and runner-up in the Under-21 Championship in 2007.