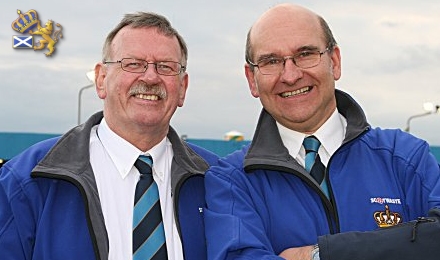 CATCH US IF YOU CAN

Edinburgh boss John Campbell has thrown down the challenge to other Premier league teams, 'Catch us if you can!'

The Scotwaste Monarchs have made a stunning start to the season and have reached the end of May losing just two matches. They also have riders performing weekly on the World Under 21 stage. It is one of the best ever starts to the season in the sport's eighty year history.

Campbell said, 'Our efforts have largely gone unnoticed but, in all competitions we've now raced twenty matches this year and we've won seventeen of them! We've also drawn at King's Lynn, unheard of for four decades, and lost narrowly at Rye House and Workington, in matches, with a little more luck that we would also have come out on top.'

Scotwaste Monarchs assault is on all fronts at the moment. Lying third in the Premier League, with matches on hand on the teams above them, they have already qualified for the semi finals of the two major knock out competitions, the Knock out Cup and Premier Trophy - winning all matches so far in the Cup and just going down once in the Trophy.

William Lawson has already qualified for the semi finals of the World Under 21 Championship and could be joined by two more Edinburgh riders Thomas H Jonasson and Andrew Tully. Lawson has also contested the British Championship Final, a meeting for the best sixteen British riders and Ryan Fisher has represented USA in the World Team Cup.

Campbell added, "Awesome has been a well used word to describe our performances so far this season but there are any number of superlatives that could be used to describe this team. We've got a great team captain in Derek Sneddon and he, like the rest of the team can't wait for his next race. I'm looking forward to every match. It is a very exciting time and I'm thrilled to be a part of it."