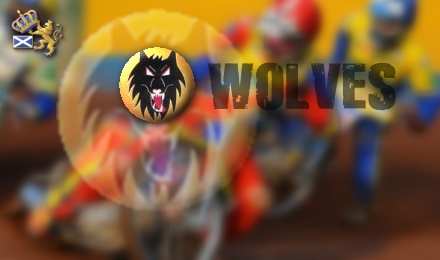 For once the Scotwaste Monarchs failed to do themselves justice as they came up against the formidable oppositioin of the Elite League Wolves.

Wolves will be staying in the Elite League, unless they fail to turn up at their home track on Monday, and indeed they turned in a very good show in difficult conditions at Armadale.

Their top man was Jesper B Monberg, a class rider who hasn't been having a great time of it. He looked back to his best and was beaten only by Monarchs' star man Ryan Fisher.

David Howe and Freddie Lindgren were also very good, and add James Grieves and Nikolai Klindt as well, too many guns for a Monarchs' team which did not rise to the occasion.

The only home rider to enhance his reputation was Ryan Fisher, who should have scored 20 but for coming off when leading in his TR race.

He was brilliant, even managing to pass Freddie Lindgren in heat 5 with a bold outside move, and he dropped his only point to David Howe in another good heat, number 8, when Howe managed to come from the back in style.

Chris Schramm battled hard at reserve, winning heat 2, and Andrew Tully came good in heat 14, one of a series of heats in which riders were allowed to get away with fliers at the gate.

For Matthew Wethers and Aaron Summers it was a night to forget, and a slight improvement in William Lawson's form still left him well short of his early season brilliance.

With the score at 25-29 after heat 9 we were doing OK, but we then lost four successive 5-1s, the Wolves being assisted by falls for Lawson on the last bend of heat 10 when second, and Fisher leading on his TR in heat 12.

It looked as though Wolves eased off a bit over the final two heats and other than the trophy presentation, this was not a match to go down in the list of good Monarchs showings for 2008.