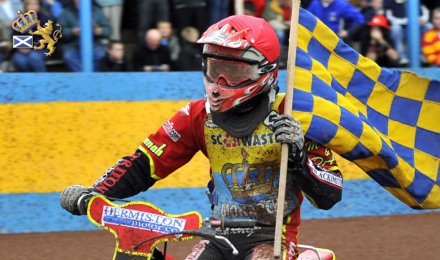 MATTHEW WETHERS IN FOR 2009

Matthew Wethers was today announced as the third Edinburgh signing for 2009, and so heads into his seventh season with the club.

Announcing the return of the supremely popular Australian, John Campbell said ?Matthew is currently in Australia and he sends good wishes for Christmas and the New Year to everyone. He returns to Scotland early in the new year to make his preparations to, again, improve his average. We're delighted to welcome Matthew back.?

Since joining Monarchs in 2003, Wethers has ridden continuously for the club other than a short spell with Glasgow and King's Lynn early in 2005, after which he returned to Armadale.

Still only 23, Wethers picked up the award at the Speedway Riders' Association dinner for the most bonus points last season, which is no great surprise because he is one of the most generous riders as partner that anyone could wish for. He recorded a massive 72 in 50 matches, far more than anyone else in the league.

His match clinching second place in the last heat of the home match v Rye House, and his legendary 21 point maximum in the win at Newcastle, were amongst the highlights of his contribution to the Championship success in 2008.

It was also confirmed this afternoon that Ryan Fisher will double up with Swindon in the Elite League during 2009.

Click here to see the announcement being made on EMTV.