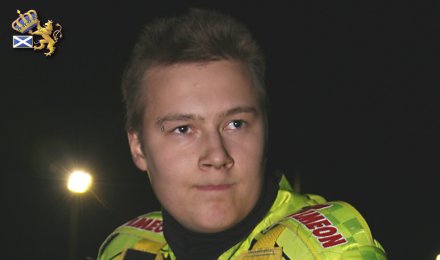 Kalle on the night he came back Image Credit: Jack Cupido

Scotwaste Monarchs' 18 year old Finnish rider Kalle Katajisto will be back with the team in 2010 after his successful brief return at the end of the season just past.

Kalle showed how much he had improved since he rode for the team as a very young and inexperienced rider in 2007. He replaced Byron Bekker in the side and the young slightly built lad of two years ago turned out to be a sturdy and strapping young man!

In three difficult away matches he scored paid 30 points, so it was clear that the club and rider wanted this to carry on in 2010. He also showed good form at Armadale, winning his final ride on the night of his reurn, though he crashed in the disastrous final match against Belle Vue.

Kalle has been most enthusiastic about continuing and his return has never been in doubt.