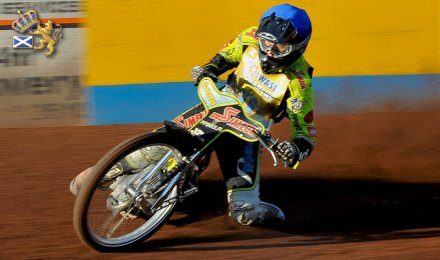 NO HOME MEETING BUT KALLE AND KEVIN IN THE UNDER-21

The Scotwaste Monarchs will NOT be in action at Armadale Stadium this week and the next home match is against Newport Wasps on Friday 2nd July.

It had been hoped to bring forward the visit of Stoke to fill the gap but the Potters were unable to agree. Monarchs have always preferred to race every week but for once, it isn't possible.

Monarchs are currently topping the Premier League table and look forward to continuing their challenge when the matches resume.

Kevin is in his home country, at Landshut, and he is up against Darcy Ward who is the reigning World Under-21 Champion, and Artur Mroczka who is a team mate of Kevin's in Poland.

They need a top eight finish to qualify for the three-stage World Under-21 Final.

Monarchs have qualified for the PL Pairs at Somerset on Friday 9th July. Their duo will be chosen from Ryan Fisher, Kevin Wolbert and Andrew Tully. Opposition in Group 2 comes from Rye House, Scunthorpe, Sheffield and Glasgow.

Bob Millar was supposed to do his swim to raise funds for our proposed new track ? but the swim is postponed a week for the most unfortunate reason that his wife Morag is in Hospital in Poland! The pair were at the Torun GP and then a match at Bydgoscz, but Morag was taken ill on Monday before her return home.

Bob has praised the assistance of tour operator James Easter and they will return on Wednesday or Friday. He has still been collecting for his sponsored swim while in Poland and has even had ?70 from Glasgow fans!