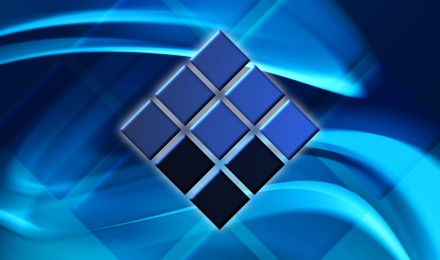 A very tight match on opening night ended in a two-point defeat for the Scotwaste Monarchs, but with one glaring exception most of the home side can be comfortable with their efforts.

A remarkably smooth circuit allowed the riders to race comfortably throughout, and while quite a few of the early heats were processional, two cracking races in heats 11 and 12 livened up the crowd and reminded us why we were all there.

The Monarch with a problem is Kevin Wolbert. Hopefully he will ride himself through it in quick time, but this was just about his worst meeting as a Monarch. He was easily moved aside by Bach in heat 1 and dropped from second to last, and he did the same thing in heat 10 when a 5-1 with Matthew Wethers turned speedily to a 3-3.

He looked completely lacking in confidence, and yet he has returned two 7-point scores for Birmingham. We need to see that kind of form, fast.

The biggest plus was the classy and positive riding of Craig Cook, shining luminously in the night. He won his first race as a Monarch, chased hard on Bach in his next, then won heat 9 in style. It is going to be exciting watching this young Cumbrian.

Jay Herne also won his first race in our colours, a heartening 5-1 in heat 2. He didn?t look quick but can be pretty happy with his debut.

Super-Kalle was as exciting as ever and got right in the groove from his first race. His pass of Derek Sneddon in heat 11 was the race of the night.

Ashley Morris earned pass marks and didn?t drop a point to the visiting reserves. He is currently taking the harder rides at no. 6 so will measure his progress in the number of top five scalps he takes. None so far, but they will come.

Matthew Wethers took a ride to get over the jet-lag but after that was as good as ever, and no-one would be too unhappy with Andrew Tully either.

He was moved to no. 3 to allow him to settle as he comes back from a broken arm, and it was unfortunate that he fell on the first turn in heat 3 after gating well. In subsequent heats he did not gate well but gradually built up speed, culminating in a tremendous heat 12 win after pulling back maybe a 50 yard deficit over the last couple of laps.

Diamonds have the immense advantage of Stuart Robson on a 6.55 average, one of the silly outcomes of the winter rule shenanigans. This alone ensures that they will be in the title chase. He was superb, and their side will be even more formidable when their reserves settle down.

They got off to a perfect start when Derek Sneddon raced away in heat 1. Wolbert briefly held second but Bach came inside him on the pits turn and Kevin backed off, back to last.

Monarchs? reserves evened the scores with a steadily ridden maximum in heat 2. Then Andrew had his fall in heat 3, but Craig Cook slipped under the two Diamonds and rode the track as if he?d been on it all his life.

Kalle took heat 4 with Jay Herne taking another point, and Monarchs were in front.

Bach won heat 5 but Cook had him under pressure all the way in a decent race. Andrew Tully tried hard but could not get by Derek Sneddon.

Heat 6 was another chase with Wethers on Lemon?s tail and Wolbert managing to head Newman, but we dropped behind in heat 7.

There was no catching Robson who looked really speedy in front, and Ashley trailed behind Tomicek.

Matthew Wethers took heat 8 from Derek Sneddon, but focus of attention was on the battle for the point. Jay Herne had it all the way until the last lap when Newman?s efforts on the inside paid off and he came through.

We did level up in heat 9 though, another win for Cook from Lemon, with Tully overhauling Newman for the point.

Heat 10 looked good for us with Wolbert and Wethers gating ahead. Robson was soon past Wolbert, and depressingly enough Tomicek followed suit with the home no. 1 looking so laboured you had to wonder if it was a machine problem.

Up till now the only passing had been for the minor places but heat 11 was a cracker. Derek Sneddon shot from the outside gate and led from Kalle who was having to work hard to hold off Bach. Having done that he then hit the outside on the pits bend, and in spite of Derek doing his best to close the door, Kalle sped past brilliantly.

His work wasn?t over though because he had problems on the next bend, almost drifting into the fence. He bravely held that and fought off another challenge from Sneddon for a memorable win.

Newman fell early in heat 12 but Tomicek held a big lead from Herne with Tully again making a bad start. Andrew eventually squeezed past his partner and then ht the gas to rein in the Czech. He made up a remarkable amount of ground and burst inside going into the final turn, taking the win to the roar of the crowd.

Kalle split the visitors in heat 13 with Kevin again trundling in at the back, and this levelled the scores again.

Robson raced away with heat 14, shared by Cook and Morris so it was all square going in to the last heat.

For sure Kalle would have been in that, but a machine problem had arisen and he could not take the place. Again it was Robson who gated, and he was clearly not going to be caught.

So Matthew and Craig settled in to the minor places, and when Lemon fell we momentarily thought we had a draw.

Unfortunately a moment later, Craig also spun and fell, and the quicker to remount was Lemon who scored the match winning point.

A slightly anti-climactic end, but considering how poorly Kevin rode at no. 1, we did well to get as close as we did. The ball is in his court then!