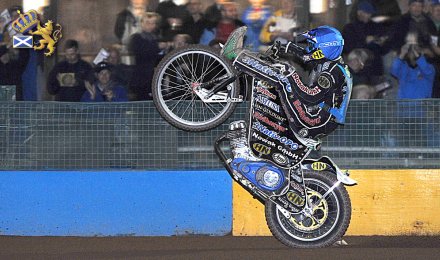 The crowd for last week's dramatic match against Somerset was up on the previous two disappointing attendances ? but the club could do with more as we approach the end of the season with just three home Fridays remaining.

The club's directors meet later this week to discuss where we are and where we are going with the Monarchs, though there are no guarantees that this meeting will be immediately followed by announcements.

Since we let fans know that recent attendances have slumped, we have received many suggestions, and rest assured all will be considered. There have been offers of assistance ? even better. It is a very time consuming business running speedway with a small and mainly part-time group of helpers.

Promoter John Campbell says: ?Up until the end of August our crowds were running at acceptable levels, higher than 2010, and not producing any real financial concerns for us. However, our attendance on 2nd September was our lowest of the season and created a loss of approximately ?4000. On 9th September the crowd was even lower and produced another loss of more than ?4000. Last week the attendance lifted a little but it did mean that three of our five lowest crowds of the season have been experienced in our last three meetings.

?There are many reasons why supporters do not turn out to see us. Of course our results against Glasgow in August were not good. The weather since 6th August has not been good although that was not the case last week. Maybe the second phase fixture list is not attractive. Finally, maybe there is no longer sufficient interest in speedway here at Armadale. And that is the factor that is causing us the most concern and that is why I have been asking supporters to turn out and support in our last few matches this season.

?Suggestions of more publicity in the area around the track is certainly something we'll act upon. Any other offers of help will be gratefully received.?