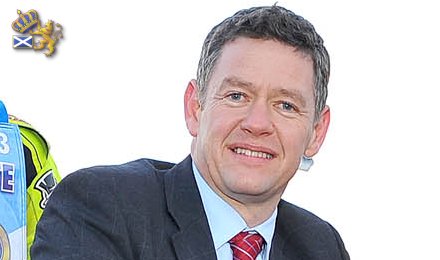 Scotwaste boss Stewart Melrose gave supporters the welcome news at the annual dance that Monarchs will have the same team sponsors in 2012, the seventh season for an association which began in 2006 and has seen Monarchs take two Premier League titles in the interim.

Stewart opened his speech by saying ?I've been told that when you make a speech you should get your audience on your side right away. That's why I am beginning by saying that we will be back as team sponsors in 2012.?

He had discussed this during the week with the club's promoters but later he surprised even them by adding ?We know it has been a tough time for Monarchs, and we are going to do our bit by donating an extra amount of 25% of our total sponsorship early in the winter.?

John Campbell thanked Stewart for this generosity and was clearly boosted by this practical show of support.

It was an enjoyable evening in spite of some astonishing incompetence by the hotel over the bar arrangements, with many of the younger supporters showing boundless energy on the dance floor, joined occasionally by some of the older ones.

Several of the riders were overseas but Andrew Tully, Craig Cook and Matthew Wethers represented the team. With the season concluded just over a week ago and the Conference in mid-November, there is not any signing news yet.