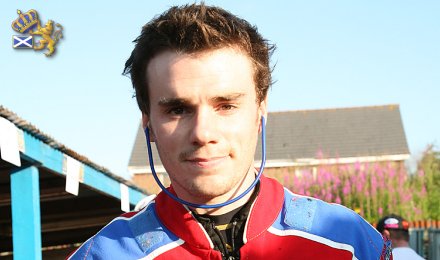 Theo Pijper, Oliver Allen and Richard Lawson are the first three names to be announced for the David Harrison Ford Scottish Open, which starts the Armadale season on Friday 23rd March.

For Peterborough’s Olly Allen, it is a chance to make up for the misfortune he suffered in last year’s Open, when he crashed heavily in the opening race and was ruled out of the meeting. He is the third highest average rider for the Elite League Panthers and will certainly be one of the major contenders – he finished second in the 2010 event.

Scotwaste Monarchs’ own Theo Pijper has of course had a pretty serious bout of pneumonia recently, but he has vowed to be fit to race in an event in which he, too, has had a second place (in 2005).

It might be slightly surprising to see the name of Richard Lawson, simply because Richard has not excelled yet at Armadale, but he is earmarked as one of the likely new stars of the Premier League this season. He is almost unbeatable on his home track at Workington, and with his dad Steve (former Glasgow great) guiding him it is surely only a matter of time till he makes a general breakthrough.

It is intended to announce the next four names at the club’s Video evening on Saturday at the Thomas Morton Hall.