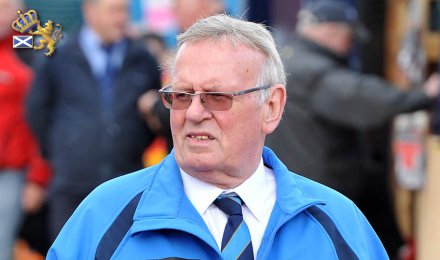 Although no decision on racing in 2013 has been made yet, the Scotwaste Monarchs’ directors were again greatly encouraged by the support shown at their meeting with fans in Mid Calder last night.

Supporters present were asked that financial details revealed during the evening should be kept confidential, but the intention was to give those who had indicated a willingness to pledge money towards the club as much information as possible regarding the current position and the future.

The directors hope, in various ways, to refinance the club so that they would be able to clear all debts, to have a financial cushion going in to next season, and to close the gap between income and outgo on an ongoing basis. As well as the fans’ support, there are other initiatives being pursued.

Alex Harkess outlined how the present position had been reach, including a potted club history and the directors’ contributions which kept the club going towards the end of last season.

John Campbell gave some details of last season and also used the home and away cup semi-final against Ipswich at the end of the season to give the fans present an idea of how the club’s finances work, and what can go wrong.

The audience were very receptive, with many questions and suggestions, and at the end of the evening further pledges were received on top of those which have already been given. Many of these were for £500, and some for smaller amounts from £100 upwards.

“We’ve been overwhelmed with the support,” club chairman Alex Harkess said. “It is our responsibility to come to a sensible decision on the club’s future and we will be working hard to do that.”

The club directors meet next week to re-assess the situation, and there will be a further public meeting during the week beginning November 12th at which the decision on next season will be announced.