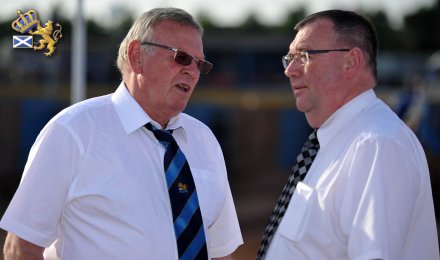 BRITISH Speedway bosses have completed their three-day AGM to conclude matters of 2012 and to set League structures and regulations for the 2013 season. The major points are summarised below.

Scored by referees throughout the season, based on track condition and overall presentation of the Stadium and the meeting.

The reserve members for 2013 are Rob Godfrey and Gordon Pairman. Tony Mole remains as President.

Doubling-up positions: These have been set at a maximum of three per team for 2013, with ONE rider named in each position. A Premier League guest will be utilised in the absence of a doubling-up rider.

The Knockout Cup competition has been shelved for 2013. Chairman Alex Harkess said: “It is fair to say that the 2012 KO Cup was so adversely affected by the weather and league fixture changes that it lost momentum.

“With ever-increasing overseas rider commitments, re-staging opportunities were few as a consequence of those difficulties, and with some clubs unable to participate the Elite League members chose to rest this competition for the time being.”

Leicester’s application to join the Elite League has been put on hold for 12 months when they have been invited to re-apply. It was felt by all parties that in the current difficult economic circumstances, both the Elite and Premier League numbers should be protected.

Leicester promoter David Hemsley said: “Though it is disappointing for us at this stage not to enter the Elite League, we recognise that we are part of a bigger picture, are grateful for the support we have been given for the future, and pleased that we are encouraged to pursue our ambition to race at the highest level.

“We would always want to do what is right for British Speedway and we are looking forward to an exciting year of competitive Premier League racing.”

*Plymouth have been given a further seven days to secure a tenancy agreement with the new consortium who have agreed terms with the current club owner Mike Bowden.

Premier League: One home, one away with the winners decided from a knock-out play-off between the top six clubs.

The BSPA have also supported an initiative to stage a five-match Team GB v Australia Test Series on Premier League tracks. Workington, Sheffield, Newcastle, Rye House and Ipswich have all been nominated.

The BSPA have made a donation, combined with clubs, to support the Sharon & Darren Boocock Scholarship in Australia. This has seen many young British riders accelerate their development, and it was felt entirely appropriate that we should make a financial contribution.

Action For Children will again be the BSPA’s adopted charity and will be supported with track collections and dedicated events.

The BSPA have supported a project to develop an electronic ignition system that will limit engine speed and consequently reduce premature wear and damage to engines. The project commenced in 2010 and is now ready for track testing. This will commence in November and will be supervised by Jim McMillan, SCB Technical Advisor. The objective is to improve reliability which in turn will reduce repair and maintenance costs to riders.

BSPA members were advised of the successful establishing of the International Speedway League Bureau, which is a huge step forward in coordinating international and league fixtures. The Bureau members include Denmark (DMU), Sweden (SVEMO), Poland (PZM), Czech Rep (ACCR), Germany (DMSB) and Great Britain. The purpose will be to harmonise the utilisation of riders to avoid disruption of League fixtures in the event of a conflict. The ISLB will be chaired by Alex Harkess who will be joined by ACU Committee member Tony Steele.

In summary, BSPA Chairman Alex Harkess said: “After a very difficult season economically we have experienced some wonderful competitions that have gone to the last few races before the Championships have been decided.

“The play-off Finals were a resounding success and brought fresh impetus to the League Championships. It is encouraging that all members of British Speedway are looking forward with enthusiasm to the 2013 season.”