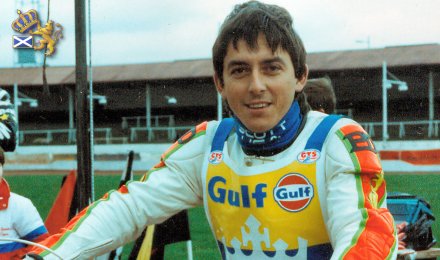 We have been given some very sad news from Australia, that Monarch of 1991 Darrin Winkler has died after an accident at Maryborough Speedway, Queensland where he had been attempting a comeback.

Darrin had been a successful rider on his home circuits and joined Monarchs on the recommendation originally of Mick Powell. He and his wife stayed in Edinburgh but he was injured early on at Stoke, and found it difficult to adapt to UK tracks. He returned home at a fairly early stage in the season without having had a real chance.

In Australia he had some impressive performances but it comes as a surprise to find that he had been making a comeback after such a long time.

Australian enthusiast and Speedway historian Steve Magro tells us that Darrin reared and hit the fence, and was hit by the following rider trying to avoid him. Tragic news, and although we are not aware of what Darrin’s family setup is now, we send our sympathies to everyone connected to him.

Footnote: Troy Butler has posted on Facebook that Darrin lost his parents this year, and that he leaves two daughters.

Leanne Banno, who was married to Darrin when he was in the UK, has also contacted us over the sad news.