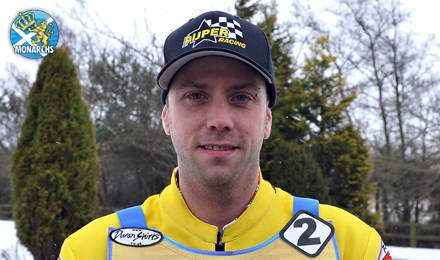 Although we announced last Friday that Theo would be missing from our next match against Redcar, efforts have been renewed to try and make it possible for him to ride at Armadale.

Theo is in World Longtrack action in Finland on 8th June and there didn't seem to be any way possible for him to get to that meeting, at a track two hours away from Helsinki Airport, on time. However, discussions are now going on with Theo, the FIM and airlines to see what's possible.

Said Theo, "If I can race for the Scotwaste Monarchs on Friday night I would be very keen to do so but it will be tight on my travel. We'll have to see what's possible.

Mitchell Davey has been to the fracture clinic today and he's been told that no operation is required on his broken wrist. However, the doctors are still giving five weeks as the recovery period.

Mitchell is determined to be back for the TV match at Somerset on 11th June and has been getting electro magnetic treatment on his wrist. It is too early to tell if his early return date will be possible.