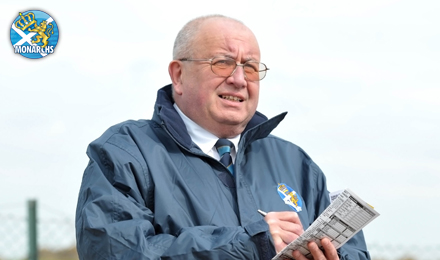 GREETINGS FROM UNCLE ‘B’

It's a long time since I did so much running around as I did on Friday helping to organize Theo Pijper's Testimonial and trying to ensure the meeting went smoothly!

My first meeting as Fat Controller wasn't without hiccups as I had to juggle folk around due to call-offs, holidays and no-shows. I stood in as a red flag man and, after a crash course (sorry!) in what to do from Eck, I took up my position on bend two. There was a scary moment in Heat 14 when Thomas Jorgensen ran into Claus Vissing who was attended to on the track for few minutes for a painful knee. I thought I heard him say 'don't cut them' to the medics but I can't think what he was referring to! However, in true speedway rider tradition, he was up on his feet in no time and hobbling back to the pits! Later on near that spot, I got the best view in the house of Sam Master's brilliant pass on Kevin Doolan on lap 4. It was the pass of a winner and Sam continues where he left off from last season! So, that was something new for me to do and I can add it to my job experience list. Maybe next time the tea bar and the video stall!

Sadly for me, I didn't get to speak to as many of you at the Testimonial meeting as I would have liked but I'm sure many of you will be coming along as usual to the Press and Practice day this Saturday 28th March when we can catch up. Then, of course as if you didn't already know, we are through at Glasgow the following day for the first encounter of 2015 between the Edinburgh Border Roofing Monarchs and the Glasgow Allied Vehicles Tigers. This is a hugely anticipated fixture between possibly the best two teams in the league this season! I for one am looking forward to visiting the new stadium for the first time to see what's changed but the proof of the pudding will be on the track and I predict there won't be more than a few points between the teams thoughout the match which will leave the second leg a mouthwatering prospect!

I hope those of you that went down to Sheffield for the Ricky Ashworth Benefit meeting travelled safely and got back okay! I believe there was a very big turnout for the meeting and Owlerton expert Simon Stead was a worthy winner. It appears that 11 year old Jolyon West was the best of the juniors and could be one for the future. We'll have to keep an eye on that name.

Meanwhile, look after yourselves and I'll catch you on Saturday. Don't the clocks change? Now is it forward or back? I can never remember! Take care.