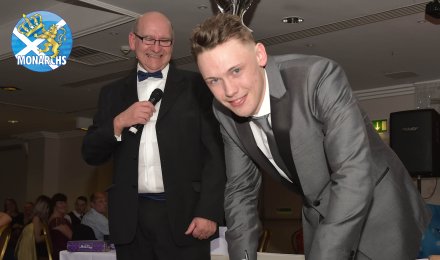 Max Clegg will again have an important role to play in 2016 in the no. 6 position.

He’s a young man who loves riding, and even in the winter he gets out practising when he can – footage on Facebook over New year shows him romping round a hopelessly wet Eddie Wright Raceway.

He said “It was a bit wet, not ideal. I love riding, it sucks not having been riding since the end of the season.”

Given his love for racing, he feels that it will not be a stretch at all competing in three leaguies next season – with Cradley, Edinburgh and Wolverhampton.

“I can definitely cope, I’ve just employed a full-time mechanic which will help me to improve. It will probably be easier than last year even with the extra league now that I have someone helping me. Dad won’t have to worry about having time off work.

“I’ll definitely have the machinery to do the job. I’ve built three bikes up brand new and just started a fourth one.”

This is remarkable for the young rider and he has had some important support from sponsors.

“Border Roofing have given me great support and I can’t thank them enough, as well as my other sponsors including Highfield, IMLS and Steve Wignall.

“Eddie and Border Roofing were brilliant, not just for the help at the end of the year but all season, cheering me up after a bad meeting.”

Max originally was surprised Edinburgh chose him after a few poorish meetings in 2014 when guesting, but the club’s faith in him was repaid in full.

“I was over the moon. I didn’t think I would have done as well as I did, I thought I’d just have a steady season, but I shocked a few people as well as myself with how I progressed.

I didn’t do well away from home, that’s what I will have to improve next year.”

Even if he had done nothing else, his return of 8+1 in the second leg of the Championship Final, the last meeting of the year, would have been enough to keep everyone happy.

“I put a lot of pressure on myself for what should be the hardest meeting of the year, because I’d had a bad meeting at Glasgow the night before. I wanted to make it up to myself and everybody else, and I think I did that.”

The young reserve has become a formidable opponent for anyone round Armadale. “I got used to the Armadale first bend. A lot of riders shoved me out to the outside, and then it clicked that I needed to get back to the inside. Then it worked, and once I started believing in myself I started scoring good points. I beat a lot of good riders.”

He is keen to pay tribute to his team mates for the help they gave him. “It was brilliant, Cookie and Sam were the best to be around. They were awesome, we always had a laugh. I’ve known Cookie for a while but it’s the first year I’ve been around Sam, and Sedgy. We’ve all had a laugh and it was an amazing team spirit. This year I’m sure it will be the same.”

One sad feature of the coming season will be the absence of Rob Branford, his partner throughout the championship year, due to the requirement to have a 3-pointer in the team. Edinburgh had two last season but the rules now block out one of them.

“We rode well together. We got along and Rob’s a good guy to be around, a funny guy. He will definitely be missed.”