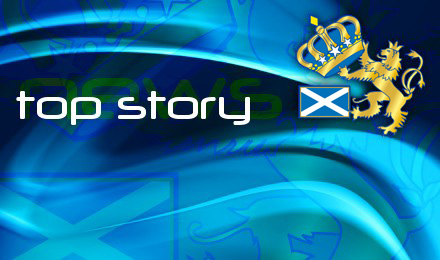 Having announced their first six signings for the 2007 season on Friday night, the Monarchs' promotion are working on the identity of their seventh rider.

John Campbell said during the team announcement at the Video Night that there are two names in the frame.

The riders announced so far for the Scotwaste Monarchs 2007 are:

RONNIE CORREY: Signed on loan from Wolverhampton. Four times a World Finalist, once World Pairs Champion and once a member of the World Team Cup winning USA side. Returned to the sport in 2005 after missing 4 seasons due to an arm injury, he has been a key second string for Wolves in the last two seasons.

WILLIAM LAWSON: Now a full Monarch after an exchange with Christian Henry who goes to Newcastle. He has raised his average in his two years as a Monarch so far and faces a very important 2007 as he seeks the kind of organisation and consistency to go with his unquestioned talent. Doubled up with Wolverhampton last year.

MATTHEW WETHERS: Now the only survivor from the 2003 championship-winning team, Matthew had a fine season in 2006. He scores a lot of bonus points and in fact if bonuses were included he would be second in the team's averages. Very popular because of his tenacious attitude on-track, he was injured late last season and had another pileup racing down under. Nothing serious, he has a few more meetings planned in Australia.

HENRIK MOLLER: Approaching his second season with the club on loan from Peterborough. At one point Panthers may have sought to use him this season but Henrik realised he needed another year at least in the Premier League. Excellent at times last year but inconsistent, the rider believes that bad luck with machinery was his problem and will take steps to put that right.

DANIELE TESSARI: Joined the team in August last year after the departure of Rusty Harrison. By the end of the season he had become a big favourite with his strong riding, and of course his average made him a very valuable signing for the new season. Due to be married in February, he can't wait to get back to Armadale to resume his speedway progress.

DEREK SNEDDON: A key man at reserve last season when he returned to Premier League racing for the first time since early 2003. He finished as our second highest scorer over the season even though he admits that his form and confidence dipped in the second half of the season. The rules will now permit him to rise out of the reserve berth if he does well enough, and he fully intends this to happen.

With these six riders in the side, there are some departures also.

Team captain of 2005-6 THEO PIJPER gets his wish to go to the Elite League by joining Wolverhampton on loan. As well as being a move into a higher level of Speedway, the Monday race night will allow him to concentrate fully on his lucrative weekend commitments overseas in grasstrack and longtrack. Theo said on Thursday that he was ?99% sorted? with Wolves and that became 100% as Wolves announced his arrival this weekend.

Theo has made it clear that Elite League was his preference this year throughout the winter, but he also sees a future return to Monarchs as a possibility.

Australian CAMERON WOODWARD is likely to join Eastbourne on a full transfer, as has been prematurely reported elsewhere. Cameron was a Monarch in 2004-5 but was loaned to Eastbourne last season. Rules stipulated that as a work permit rider he would have an assessed average of 7 (without bonus) if he returned to Monarchs, and in any case Cameron also has stated that he wishes to stay in the Elite League.

John Campbell said ?I gave Eastbourne permission to talk to Cam about a transfer on Friday 8th December and they haven't made contact since, so I was surprised that the transfer was announced. Jon Cook is usually very particular about doing things right and I am sure he will be embarrassed about this ? however I am also sure that the transfer will happen.?

Both riders go with Edinburgh's best wishes for the future.

It is likely that Monarchs' asset ROBERT KSIEZAK will also ride elsewhere in the UK this season as there is no room for him in the Edinburgh team.