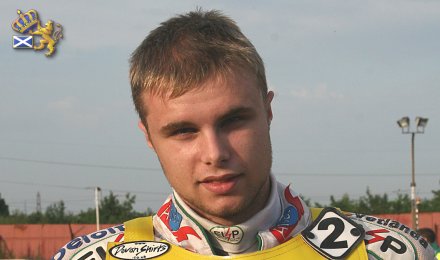 THOMAS IS THE FOURTH SIGNING

Thomas H Jonasson has accepted Monarchs' offer to join the team for his second UK campaign.

The 20-year old turned in some tremendous performances during 2008 and finished with a maximum at Stoke before he broke his leg riding in Sweden.

He will be fit long before the start of the season and is looking forward to resuming riding for Monarchs.

He is regarded as one of the best young riders in World Speedway and is again expected to be one of the main contenders for the World Under-21 Championship. He will again have quite a heavy schedule with matches in Sweden and Poland as well as the UK (though he will not ride in the Swedish Allsvenskan League). However the club are confident that the fixtures can be organised to everyone's satisfaction.

The inclusion of Jonasson means that William Lawson, no. 1 in the 2008 averages, cannot now be accommodated in next year's team due to the points limit. William has already indicated that he would like to ride in the Elite League and every effort will be made to assist him to find a berth. He has been told that he can't be fitted in to the 2009 side.