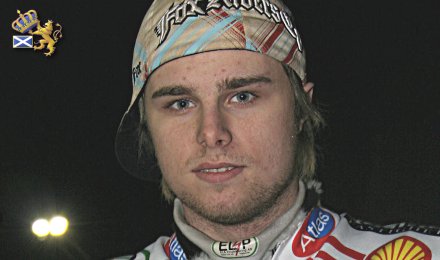 Monarchs' Swede Thomas H Jonasson has been announced tonight as part of the Swindon team for 2010 and will be transferred to the Robins.

Swindon have made no secret of their interest in Thomas, one of the best young riders to emerge in recent years, and after talks today between the clubs the move has been agreed.

Thomas has always said that he has enjoyed being an Edinburgh rider and this afternoon he said ?Vetlanda is of course my home club but after that I love Edinburgh and I hope that one day I can ride for the Monarchs again.

?But the problem is the fixtures. There are too many in the Premier League. For financial reasons I must ride in Poland, and I am just not well enough organised to ride in the UK in as many fixtures (including weekend ones) as Edinburgh have.

?Therefore I have agreed that in the UK I will ride in the Elite League only and it will be for Swindon?.

Everyone at Edinburgh wishes Thomas well in the future and his results will be eagerly watched, especially when he is on Sky TV.

With Derek Sneddon going on loan to Newcastle this week it seems that our riders are all moving in the wrong direction, but it should not be long before we have some signing news for Monarchs' fans.