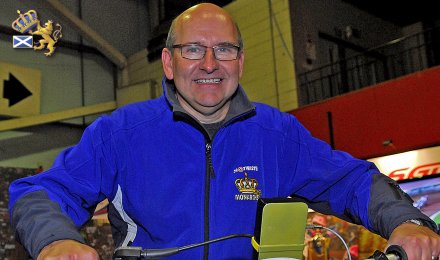 Co-Promoter John Campbell is pleased to report that season ticket sales for the 2010 season are at record levels.

Said John, "Sales have been brisk from the day we put them on sale in early October. By the time we reached our first deadline for a reduced price at the end of October we were already at record levels for that time of year and sales have continued to be good since then. At the video show in Leith at the beginning of December I received some more applications and that took us past the number sold in total for 2009 and ensured that we would have a record high sale.

"Even now I am receiving daily applications and we are 5% up on the total sale for 2009 with three months still to go before the season commences."

Another deadline is approaching on 18th December after which ticket prices will go up again but there is still time to apply for a season ticket with application forms being downloadable from the official website. All applications received by 18th December will be dispatched in time for pre-Christmas delivery.

Campbell concluded, "It's great to know that we have so many supporters who are prepared to show their support in purchasing season tickets. We do our best to make everything just right at Armadale Speedway. 2009 was a fairly good year and I'd like to think that 2010 will be even better. Can someone tell me how to switch off the rain?"