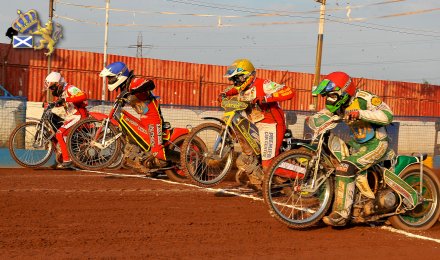 The Scotwaste Monarchs still have trophies to compete for in the last month of the season, and on Friday they begin their defence of the Scottish Cup as they take on Glasgow at Armadale.

The return is on Sunday. Monarchs will race without Kevin Wolbert, using rider replacement as the German heads for his third leg of the World Under-21 Final in the Czech Republic. Glasgow have listed their full seven though there will be late decisions made by Joe Screen and Lee Dicken whose fitness is in doubt.

PLAYOFF SEMIS: Monarchs head for Sheffield in heat 8 to defend a 28-point advantage gained in the first leg of the Premier Playoff semi-final last Friday.

Monarchs won at Sheffield in the league, a key result in their successful league campaign, but as ever they will be going to Owlerton taking nothing for granted and ready for a tough match.

The other semi-final is Newcastle v Birmingham and that hasn't started yet, as the same two teams have to first contest the KO Cup semi-final, also for the right to meet Monarchs!

WORLD UNDER-21: The third leg of the World Under-21 Championship at Pardubice on Saturday is Kevin Wolbert's last-ever meeting at this level.

It has certainly been awkward to fit into the schedule this season.

The German will be keen to get as high in the standings as he can, though he is unlikely to make the top three.

PLRC: Ryan Fisher did well to battle his way to third place in the Premier League Riders' Championship last Sunday. The meeting was won by Newcastle's Kenni Larsen with David Howe (Scunthorpe) second.

Ryan scored 11 in the qualifying heats and won the semi-final.

TIGERS' LAST CHANCE: The determination of Glasgow to win the trophy this weekend should not be underestimated as it is their last chance to win silverware in a disappointing 2010.

After all the changes they have had recently it is quite a surprise to find them listing their full team, though they have said that Joe Screen is visiting his doctor and Lee Dicken having a tryout at Scunthorpe before confirming that they will ride.

The experience and quality of McGowan and Screen should of course ensure that they give the Monarchs' top men more of a test than they have had in recent home matches. McGowan goes to no. 1 with an October average 0.1 higher than Screen. The averages of both riders have dropped recently but of course the weekend's matches do not count for averages.

Nick Morris and Jake Anderson are coming to Armadale for the first time.

NEXT MEETING: The match on Friday 8th October is dependant on results elsewhere over the next few days.