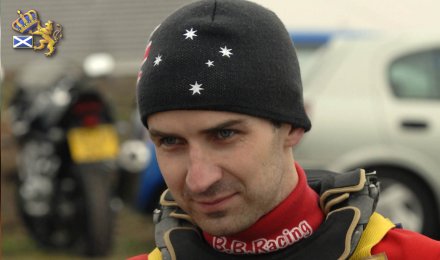 The Scotwaste Monarchs announced the return of Matthew Wethers for his ninth season, and his third as captain, at tonight's Video Night.

Stormy was the only signing so far, though John Campbell said he has high hopes of announcing more names before Christmas.

Of course he already holds three league winners' medals and led the team to their third success in 2011.

Considering the snow on the ground the turnout for the evening was exceptional with some supporters having come a long way. We SHOULD have had Kevin Wolbert there, but Kevin and his girlfriend arrived in Scotland later than expected and didn't make it to the TMH.

Former Monarchs James Grieves, Christian Henry, Theo Pijper and Michal Rajkowski have been announced in the Glasgow team, with Theo of course still a Monarchs' asset.