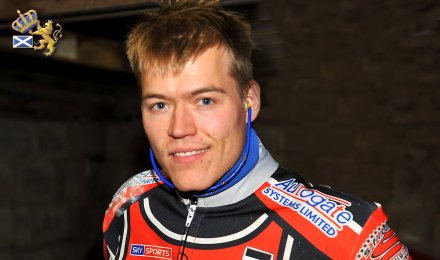 We’re nearly there – with the announcement of Monarchs’ own Andrew Tully plus the powerful Danish star Ulrich Ostergaard from Redcar, we now know 15 of the contenders for next Friday’s season opening David Harrison Ford Scottish Open at Armadale.

Of course we all knew Andrew would be in it – the top home average rider has been a strong contender in the Open for the last few years with a best placing of third in 2010.

But the addition of Ostergaard also gives the meeting one of its strongest contenders – his last Armadale appearance was in the final meeting of 2009 for Belle Vue when he scored a six-ride paid maximum!

He was the top Premier rider of 2008 when he was with Reading, and has ridden since then in the Elite League, having a good year at Birmingham last season in spite of a bad leg injury which ended his 2010 season.

He is a very big signing for Redcar this season and won’t be far away next Friday.

The final rider for the meeting will be announced at the first opportunity – we had hoped we would know his identity by now.