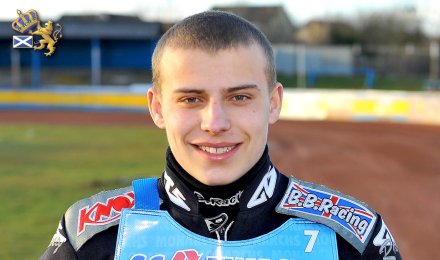 Ashley Morris finished second in the British Under-21 qualifier at Stoke and so qualified for the UK Final at Lakeside on 15th April.

He won his first two races, then took three second places to finish joint top scorer on 12 with Jason Garrity (who had four wins and a tapes exclusion).

At that point Ashley had made it to Lakeside, and also direct to the Final of the qualifying meeting.

Garrity was the winner of the final with Ashley second, then Shane Hazelden and Ashley Birks.

A good show by Ashley though we will need a guest replacement for that night's match v Berwick at Armadale.