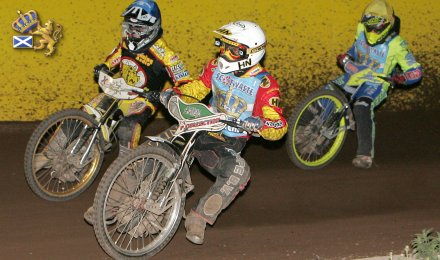 The Scotwaste Monarchs produced the perfect response to Friday's disappointment, winning 49-42 at Newport with the top five all excelling.

Kevin Wolbert was in particularly good form, combining with Matthew for the 5-1 start we have become used to, and dropping his only point in the final heat in which he produced a thrilling round-the-boards ride chasing Lanham.

But Wethers, Tully and Cook were all excellent too, and so was Kalle Katajisto with a back to form display.

Gates 1 and 3 gave an advantage early on and we benefitted from that, but the major factor in our victory was our greater determination round the first two turns.

Regrettably though, there was no improvement from the reserve berths where Ashley and Jay contributed only the minimum single point.

We held the lead throughout though we could not have afforded many slip-ups by our top five. They held firm and did very little wrong in a super display.