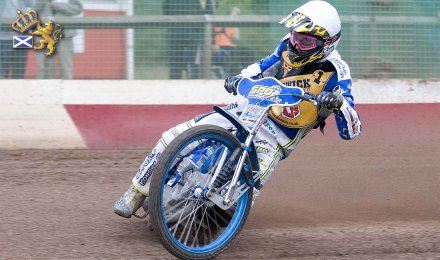 SEB GOES FOR THE OPEN

Berwick star Seb Alden, who has made such a big impact since arriving in the borders, will make his Armadale debut in the Keyline Scottish Open next week.

The Swede is already a big favourite and started his Bandits' career with three double figure scores.

Once with Swindon, he has had a handy average for Premier League racing for the last few years, but Berwick were the ones bold enough to snap him up. He replaced Charlie Gjedde who had such a disappointing time at Shielfield.

Seb also rides in the Swedish Elite League and is certainly good enough to challenge for the title.