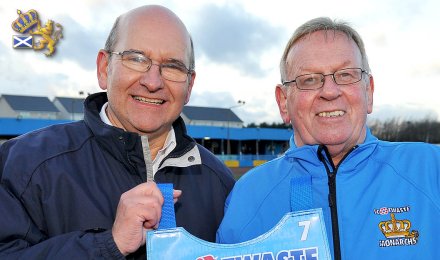 With the British Speedway Promoters Association Annual General Meeting now over for another year, the thoughts of the Scotwaste Monarchs management has now turned to putting the team together for the 2012 season.

Said co-promoter, John Campbell, ?I've been in contact with three overseas riders about coming to ride for us in 2012 and I'm awaiting their replies. The makeup of the rest of the team is dependent, at least in the short term, on their willingness to join us. I'm hoping to have answers from them all within a week.?

?I'm also, gradually, working my way round our UK based assets to see what their views are for 2012. Once again I expect to have spoken to them all within the next seven days and then we'll put the final squad together. I'd like to think that we'll have everything tied up before Christmas and even by the video show on 10th December but I know from experience that this can sometimes be difficult.?

One rider who will not be returning to the Scotwaste Monarchs colours in 2012 is Kyle Howarth. He had intimated that the travel to Armadale each Friday was getting him down and his decision was, no doubt, also influenced by the difficulty he was experiencing in getting round his home track during the latter part of the season. He will line up for Workington in 2012.