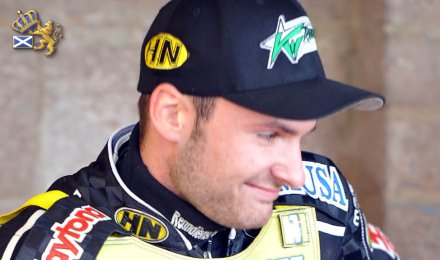 KEVIN BACK IN THE UK

We are always keen to see all our riders in action in the UK and so the Scotwaste Monarchs are delighted that Kevin Wolbert will be racing in the Elite League for Belle Vue this season.

It was the only club with a place left that Kevin could fit into. In fact the Aces, who seemed to be struggling to put a team together, now look pretty formidable having added Wolbert and Matej Zagar to their side, which also includes our own Craig Cook as a double-up rider.

Kevin rode for Monarchs in 2009 - 2011 and might well have returned in 2012, though he eventually went on loan to Elite League King's Lynn. He is surely capable of doing well with the Aces.

Apparently he has scored 39 points in 3 visits to Kirkmanshulme Lane. He also scored 5 points riding there for Monarchs in 2009.

Good luck to Kevin and hopefully we might still see him at Armadale in 2013.