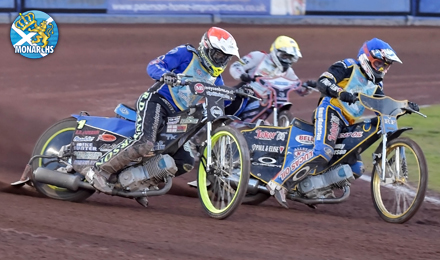 Craig Cook is out of this season's Grand Prix qualification chase after his finished last in the Gorican semi final with just one point.

It was Craig's first ever meeting outside the UK and it proved challenging for him. As is normally the case at Gorican it was very much a gate and go day but Craig's gating deserted him on Saturday. He's now looking forward to his Grand Prix at Cardiff in just over two weeks time.

Elsewhere Justin Sedgemen made the long journey to Plymouth to guest for the Devils. He scored four points from his five rides and the Devils lost by two in a truncated match. Sam Masters had the shorter journey to Leicester to guest for Swindon and he scored 8 and a bonus to help the Robins to a two point win. Stevie Worrall was an even bigger help with eleven plus two from five.

Aaron Fox guested for Glasgow on Sunday and after two disappointing matches scored eight and a bonus from six rides in a surprisingly easy win for the Tigers over Ipswich by 53 to 40. The Tigers were already without Christian Henry and lost Anders Thomsen in his first ride.

Looking ahead to Friday's action at Armadale, Peterborough have named a full strength squad including Ryan Fisher at number one.