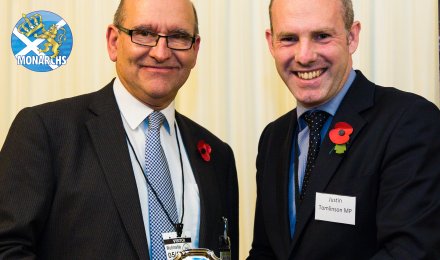 ANOTHER TROPHY COMES TO MONARCHS

On top of all our team successes this season, there was a special award presented last week to Scotwaste Monarchs’ promoter John Campbell.

This was at a gathering last Wednesday of the UK promoters along with the APPG (All Party Parliamentary Group) in the Terrace Pavilion of the Palace of Westminster.

The award to John was a Lifetime Achievement award, recognising his lengthy contribution over some 30-plus years as a promoter, which includes so many recent successes during the Armadale era.

The whole Campbell family were mentioned and the trip south allowed Mr and Mrs Campbell to see some of the London sights, including the poppies at the Tower, the Imperial War Museum, the Kinks Musical and Brad Pitt in Fury!