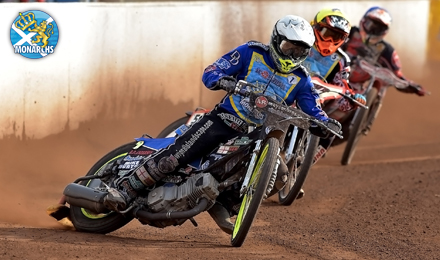 IT'S POLISH FOR CRAIG AS HE TRIES TO SHINE

Craig Cook has signed a contract to race for the Polish Extra League Champions, Stal Gorzow, in 2015.

Craig has been in contact with the Club for some time now and he had hoped that he would have managed a match or two towards the end of last season but commitments for Edinburgh prevented that happening. However, they have maintained their interest throughout the close season and the deal has now be concluded.

Initially Craig will have to prove himself in challenge matches before the season starts but if he impresses he could be lining up in the Extra League.

Gorzow are commonly known as the blue and yellow and have in their team in 2015 such riders as Niels Kristian Iversen, Matej Zagar and Krzysztof Kasprzak

Craig's British commitments will come first in his calendar but we do wish him well in establishing himself in one of the best leagues in the world.