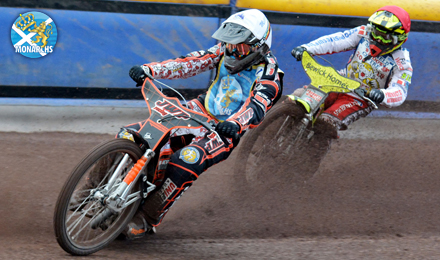 The Australian Championship action heads north west on Friday evening with Gillman in Adelaide being the venue for the third round of the Championship. We've caught up with Sam Masters to get him views on how it is going.

Sam said, " It's good to be leading but it's only half way. It's been a tough coupe of meetings. I had a couple of little problems at the start of the meeting at Kurri but got it sorted in the end. At Undera I broke a back end in my 4th heat and just tried to ride it out for the rest of the night but it was too hard."

"Gillman and Mildura are good race tracks compared to the last two rounds so hopefully I've got the speed to win! Although I'm in the lead by two points but there are six of us separated by three points so we are all pretty close and it will be tough all the way to the end. Consistency is the key!"

Sam goes into the Gillman two ahead of Max Fricke, Brady Kurtz and Rohan Tungate and three ahead of Mason Campton and Nick Morris.

Our on the spot reporter, Howard Williams, will again bring us all the news from Gillman after the dust has settled.