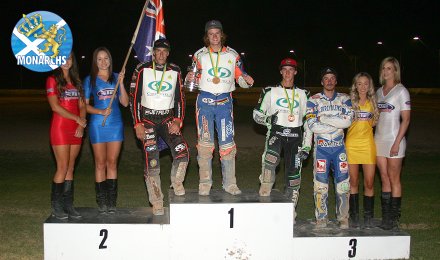 It all came down to the A Final at Mildura with Brady Kurtz going into that race two points ahead. He was excluded for touching the tapes leaving Sam requiring a win in the Final. Unfortunately he made a poor start and finished behind ex team-mates Justin Sedgmen and Max Fricke.